From beta v0.5.9, lossyWAV inserts a variable-length FACT chunk into the WAV file immediately after the FMT chunk. This takes the form:Where the version, date & time and user settings are copied. Additionally, if a lossyWAV FACT chunk is found in a file, the processing will be halted (exit code = 16) to prevent re-processing of an already processed file. 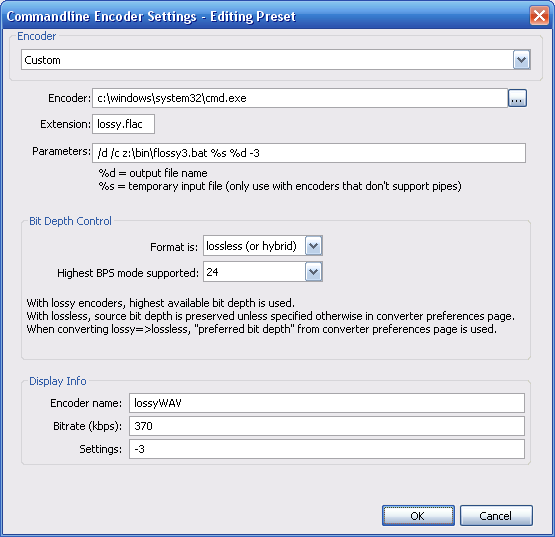