Difference between revisions of "Foobar2000:Preferences:Converter" 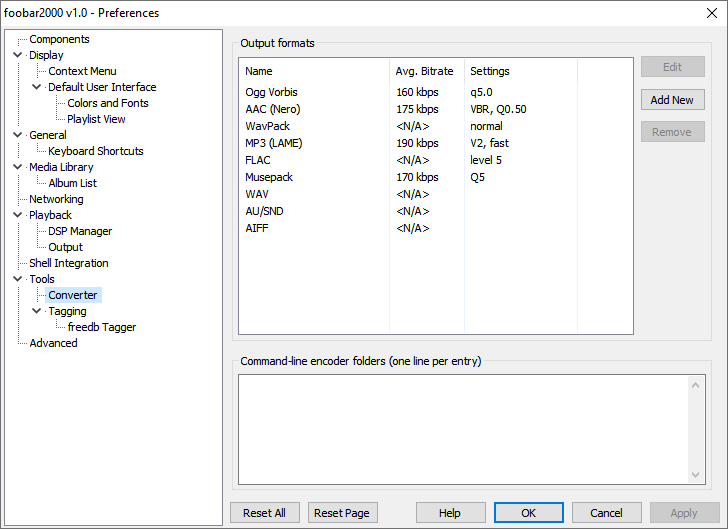