BladeEnc is a freeware MP3 encoder. It is based on the same ISO compression routines as mpegEnc, so you can expect roughly the same, or better, quality . The main difference is the appearance and speed. BladeEnc doesn't have a nice, user-friendly interface like mpegEnc, but it is more than three times faster, and it works with several popular front-end graphical user interfaces . 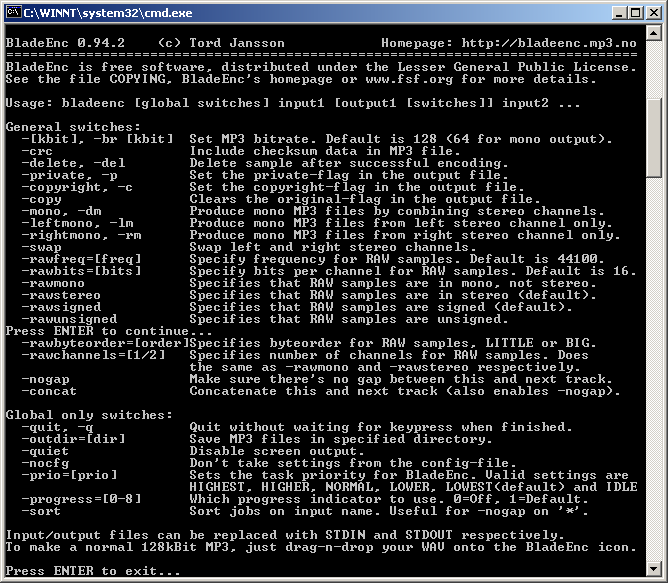