Difference between revisions of "EAC and FLAC"

It has been suggested that Create a lossless back-up with EAC and FLAC be merged into this article or section. (Discuss)

Note: This guide assumes that EAC is has been configured for secure ripping, if not please follow this guide.

Note: The green portion is where you would change the compression level or add settings for the FLAC encoder. 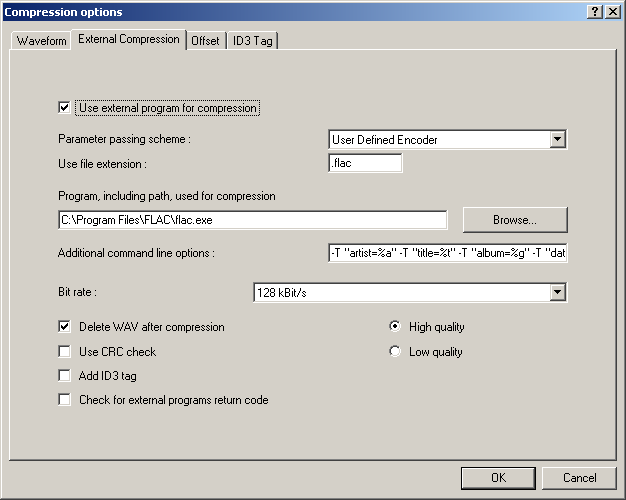 Using this configuration with EAC when creating an image and cue sheet rip can cause the cue sheet not to work with the resulting FLAC file. The problem is caused by EAC not liking the four letter .flac extension, which results in EAC putting the extension on to the image name twice.

Some solutions to the problem